Let us begin this missive by saying that you have now entered a phase that is like no other you have experienced, and it will probably not be one that you will experience ever again. For now, so much is shifting and reshaping on all sides, both within and without, and so, this will indeed be a season of change on every level. You have by now grown accustomed to not being able to predict just what the next day or even the next hour will bring, and even if you mentally or physically may not have grown quite as accustomed to these changes as to the knowledge that they will occur again and again, you will all slowly but surely start to reset and reshape your very being into something that will feel much more at ease in this seemingly constantly turmoiled sea. You see, the rapid shifts and the heightened level of energetic activity is not to quieten down for quite some time yet, so for those of you who hanker for a quiet port after a prolonged exposure to these agitated seas, we can offer little but our sympathy at the moment, but for all those already sensing the huge energetic change taking place at this very moment, we can offer more of the same, at an ever increasing frequency in the days ahead.

For this will indeed be a season of tumultuous change on so many levels, but the changes we refer to will bring about a heightened presence of enlightened beings all over the planet. For this incoming light will stop for no one nor no thing, and it will not be one that comes a knocking timidly in the night, asking to be let in. Rather, it will continue to simply flow in at an ever increasing rate, disregarding any and all hindrances that anyone tries to put in the way. In other words, this flood of light and life will enliven even the darkest of corners and it will do so in a fashion that has not been seen before, and we do mean that in a very literal sense. For now, it will be as if the very ground beneath your feet will start to shimmy and shift about, and even the very bedrock of your life will at times seem to be nothing more than a thin gossamer layer undulating in the breeze, ready to rip apart and leave you all ready to step away from the old remnants of your former life and embrace something very new.

Again, we speak in convoluted terms, but we think it is safe to say that this summer there will be a lot of upheavals taking place, upheavals that may seem dramatic to the casual observer, but that to the ones already tuning in to the messages coming in on the airwaves so to speak of these energetic emissions will not be considered as news at all. For you will know in the very center of your being, the part of you that simply knows it all beforehand but has kept it hidden from that perhaps less enthusiastic human part of you, that whatever happens now, does so in order to propel you as fast as possible towards that end goal you so hanker for. In other words, expect much ado about some at times rather small and seemingly inconsequential details in your life, but know that these are merely symbols of the huge shift taking place, both for you and for everyone around you.

For nothing will be undisturbed by the winds that these energetic storms whip up now, and even if your life may not be all topsy–turvy at the moment, we venture to guess that you will all in some way feel this wind in your sails making the old anchoring ropes start to creak and groan as the pressure increases. For you will all be shifted in some way, but this is by no means a signal to a total upheaval for all, merely a reminder that any hidden urge to stay as is will now be overwritten by that far more important calling you all carry within. For change is not always pleasurable, and change does not always come in a neat and well presented package, all tied up and offered to you as a positive tiding. Change may well come in the form of an unexpected event that will serve to literally disconnect you from so much of what you thought constituted YOU. In other words, it may come in a very direct form as a way of literally moving you from one residence to another, or it may come in the form of total rearranging of your emotional and intellectual programming, making everything you thought you knew about yourself and the world around you stand out in a very new way, and this again will help you to make decisions based on the new instead of the old.

This may seem to be a rather over-intense period for many of you, but again, this river of light has carried you all well and truly away from the old shores, and it is pulling you all faster and faster down the rapids. It may seem to be a little bit daunting at times, but again this at times rather forceful current is simply doing what it can to bring you all the way back home, back to you, the real you, and to that space where you can start to act out the last part of this grand adventure of realigning your being and your world in such a way, the light will be continuously shining into and onto every part of it, and through that, remove any and all of those old acquired stains, blemishes and battle scars both this planet and you as human beings have suffered from for far too long.

So again we say, try to enjoy the ride, even if it may get rather “wild” at times, and know that all is well and you are just where you are meant to be at any given time, even if you yourself has lost any sense of direction at all. For you are being carried within this huge and unstoppable flood of light now, and as the speed and intensity increases, the best you can do, is as always simply to allow it to take you wherever it is it needs you to go. For once there, you will find yourself exclaiming from the very center of your being, “this is it, I have finally made it, I may not have a clear idea just as to how I managed to get to this exact spot, but now that I am here, I know that this is the space for me.” And then, and only then, will you be able to finally take root in a soil that is not only fertile, but more welcoming than you could ever dream of. 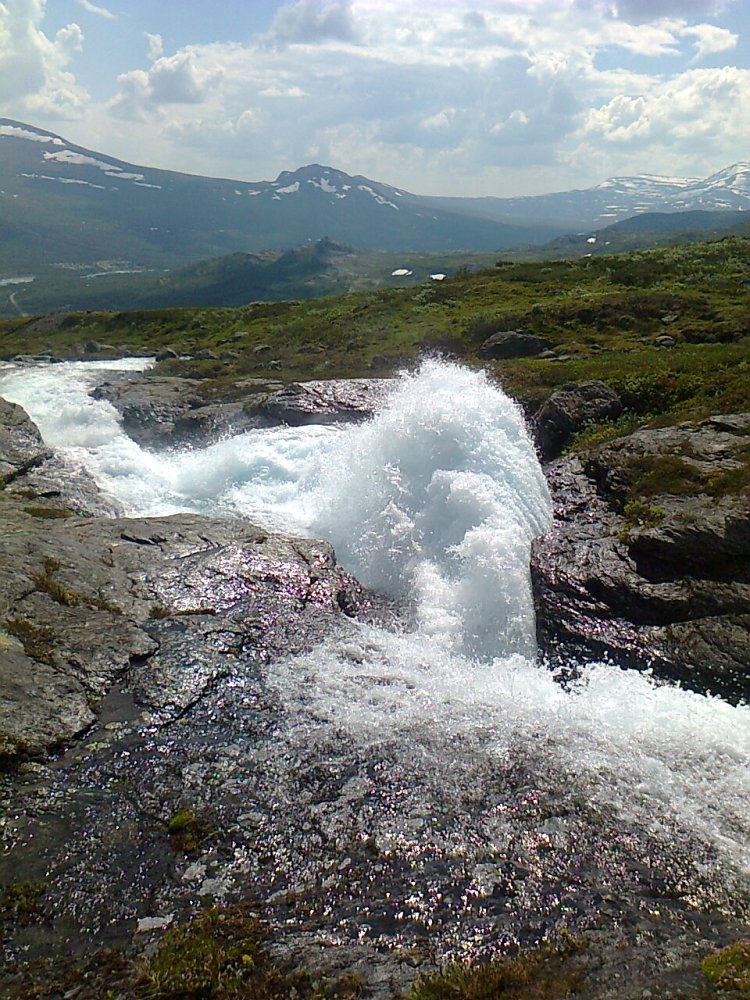 I just had to include this photo I took earlier this week, for it describes so well what these energies feel like to me: powerful and unstoppable and at times overwhelming but at the same time so empowering, crystal clear and full of LIFE.

479 thoughts on “A short update on the energies”