This is probably the last opportunity I have to log on to my blog before I get home late on Saturday, and I was woken very early this morning and guided to share the story behind the pictures 2, 3 and 4 that I posted in ”A short update from me – part 2”. The pictures were taken during what turned out to be the ”main event” as the CCs call it on our trip to the mountains, and they have told me it is important that you know the full story.

These pictures were taken at lake Gjende, and it is a spot my sister and I have been guided to go to again and again. Every time we visit this part of Norway, we are always drawn to this place at least once, and every time, something very powerful happens.

But after the last time we went there, we were actually convinced that we would not even come back to this area at all. For that was on July 21, 2011, and the next day, a terrorist exploded a bomb in Oslo and then shot and killed 69 youth at a summer camp at Utøya island. It was such a horrendous day, and the memories from it were so strongly associated with us being here, we did not think we could face going back here ever again.

So when we realized that we were actually guided to return this year, and even during the same time period, we knew that sooner or later the time would come for us to revisit that powerful place. And Monday morning, July 22, I woke up and knew that the time had come for us to do so. But when I told my sister this, she said that she was not going with me. She had been through a profound personal transformation that night, and she could not face going anywhere. So it was decided that I was to go in there alone, and she would stay behind and anchor the energies in the cabin, on the other side of the mountains.

I packed the crystals and jumped into the car. It is about 30 minutes drive and an hours’ hike to get to this spot from where we are staying, and usually it is a wonderful trip. But not this time. I felt like I had a giant hand pushing me in the back, urging me on. In addition, the weather had changed drastically over the weekend, it was hot with little wind, and the mosquitoes were relentless. I remember thinking ”this had better be important”, and I was wondering just what to do when I got there. The insects ruled out any form of meditation or lenghty ceremony, so I decided to just bring the crystals down to the water and dip them in. (That is when I took picture number 2.)

I quickly realized that this was not enough, and that the reason I had brought the large quartz, was to offer it up to the lake. I knew that my sister needed to be a part of this, so I called her up and told her what I wanted to do. She had been meditating back at the cabin, so she was not surprised at all by my decision. I asked her to strike the tibethan singing bowl I had left with her, and when she did that, I let that crystal fly out of my hand and out into the lake. When it hit the surface, I broke out into deep sobs, and my sister did the same. It took some time before either of us could speak, and the powerful emotional response took us both by surprise.

I looked at the time, and it was 11.57, and I found out later that the memorial service for the terrorist’s victims from the Oslo bombing and the Utøya shootings started at exactly 12.00 that same day. Releasing emotions from that awful day two years ago was a part of this, but as the CCs told me, the crystal I released into that lake was doing so much more. ”It is sinking down through layer after layer of murkiness, throwing its light into all of them as it continues down, sparking off a reaction at every layer” they told me later. And as I wrote in my last post, this was closure, but also an initiation, for I know that this crystal is acting as a powerful release on the hidden layers of energy that resides in the whole area between that lake and the cabin we are staying in. And now that crystal is helping to set it all free, and this energy is also starting to connect with the energy grid we have created here at the Pond. I think many of you can feel this already, and I know that this was the reason I was guided to take those photos after I had released that crystal, and to post them here.

I thank you all from my heart, for I know I was not alone on that powerful occasion. You were all there with me, and our combined energies have been instrumental in unlocking this deep reservoar of pristine energy. For now, ”the mountains have once again started to roar” as the CCs told my sister, and they will add their strength to this circle of love and light, making it an ever more powerful instrument for change.

With much love and eternal gratitude from me, Aisha 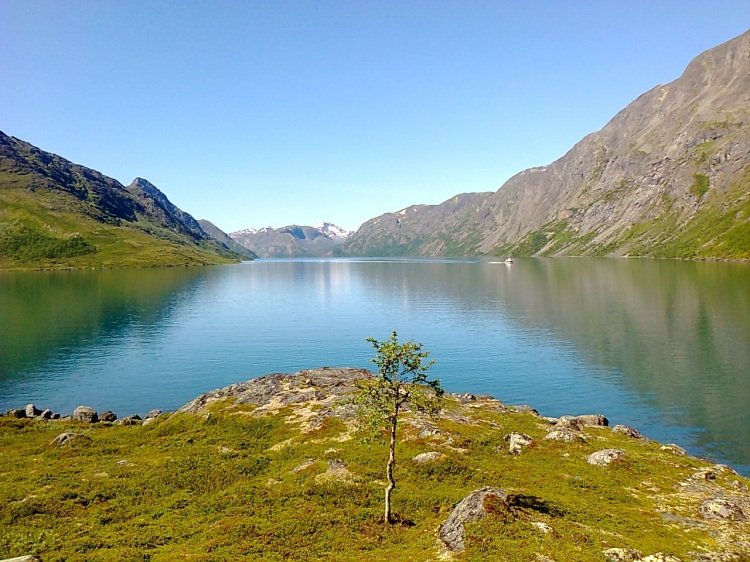 I was standing on one of the rocks to the right when I released the crystal into the lake.

168 thoughts on “The story behind the pictures”